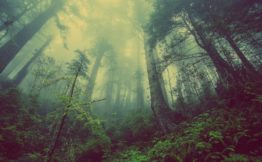 Make Your Escape With These Fantasy Audiobooks

Do you need a vacation, but are stuck in a house? Craving adventure and valor, but you can’t leave your couch? These eAudiobooks through Overdrive are just for you! 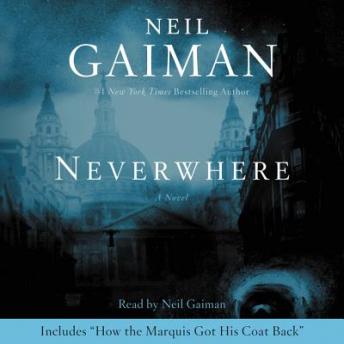 Summary: Richard Mayhew is a young man with a good heart and an ordinary life, which is changed forever when he stops to help a girl he finds bleeding on a London sidewalk. His small act of kindness propels him into a world he never dreamed existed. There are people who fall through the cracks, and Richard has become one of them. And he must learn to survive in this city of shadows and darkness, monsters and saints, murderers and angels, if he is ever to return to the London that he knew. 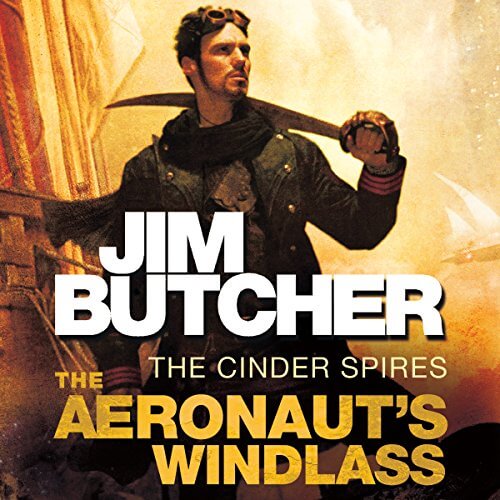 Summary: Since time immemorial, the Spires have sheltered humanity. Within their halls, the ruling aristocratic houses develop scientific marvels, foster trade alliances, and maintain fleets of airships to keep the peace.

Captain Grimm commands the merchant ship Predator. Loyal to Spire Albion, he has taken their side in the cold war with Spire Aurora, disrupting the enemy’s shipping lines by attacking their cargo vessels. But when the Predator is damaged in combat, Grimm joins a team of Albion agents on a vital mission in exchange for fully restoring his ship. 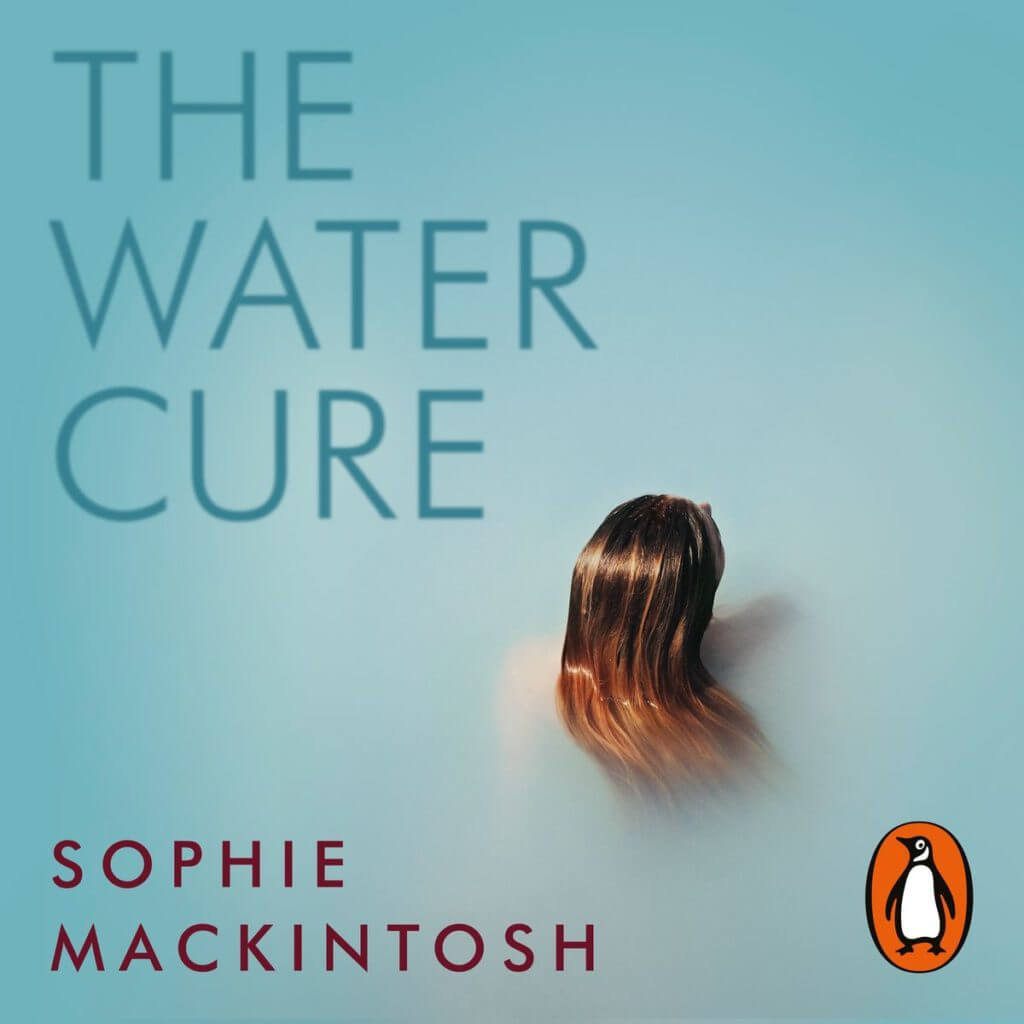 Summary: King has tenderly staked out a territory for his wife and three daughters, Grace, Lia, and Sky. Here on his island, women are protected from the chaos and violence of men on the mainland. The cult-like rituals and therapies they endure fortify them from the spreading toxicity of a degrading world.

But when the King disappears and two men and a boy wash ashore, the sisters’ safe world begins to unravel. Over the span of one blistering hot week, a psychological cat-and-mouse game plays out. Sexual tensions and sibling rivalries flare as the sisters are forced to confront the amorphous threat the strangers represent.

A haunting, riveting debut, The Water Cure is a fiercely poetic feminist revenge fantasy that’s a startling reflection of our time. 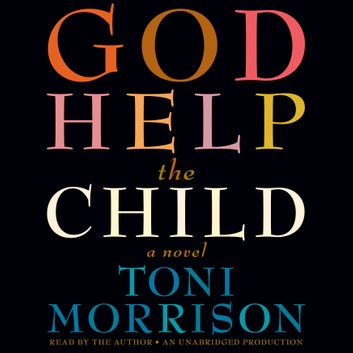 Summary: Spare and unsparing, God Help the Child—the first novel by Toni Morrison to be set in our current moment—weaves a tale about the way the sufferings of childhood can shape, and misshape, the life of the adult.

At the center: a young woman who calls herself Bride, whose stunning blue-black skin is only one element of her beauty, her boldness and confidence, her success in life, but which caused her light-skinned mother to deny her even the simplest forms of love. There is Booker, the man Bride loves, and loses to anger. Rain, the mysterious white child with whom she crosses paths. And finally, Bride’s mother herself, Sweetness, who takes a lifetime to come to understand that “what you do to children matters. And they might never forget.”

A fierce and provocative novel that adds a new dimension to the matchless oeuvre of Toni Morrison. 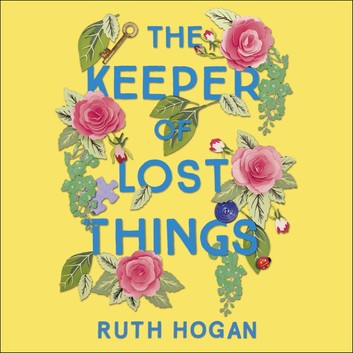 Title: The Keeper of Lost Things

Summary: Anthony Peardew is the keeper of lost things. Forty years ago, he carelessly lost a keepsake from his beloved fiancée, Therese. That very same day, she died unexpectedly. Brokenhearted, Anthony sought consolation in rescuing lost objects—the things others have dropped, misplaced, or accidently left behind—and writing stories about them. Now, in the twilight of his life, Anthony worries that he has not fully discharged his duty to reconcile all the lost things with their owners. As the end nears, he bequeaths his secret life’s mission to his unsuspecting assistant, Laura, leaving her his house and and all its lost treasures, including an irritable ghost. 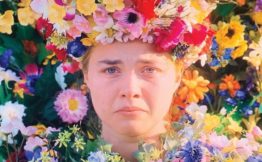 Grab your library card, pop some popcorn, and get your phone out! The library is hosting a digital watch party on Facebook & the library’s website. Queue up Ari Aster’s Midsommar on the library’s FREE digital streaming app Kanopy and comment along as you watch the film. 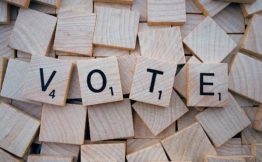 Primary elections will be on June 2, 2020, have you registered to vote? Indiana residents are allowed to apply for online voter registration, here is how you can register.

REGISTER TO VOTE BY MAIL OR IN-PERSON

More important information can be found at the source: https://www.in.gov/sos/elections/2403.htm 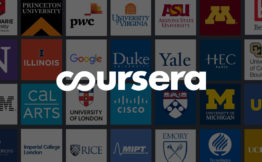 Online-learning site Coursera is offering 100 classes for free from now through May 31, 2020, to support access to online education for the one-third of people around the world who are currently under lockdown to prevent spreading the new coronavirus.

Some of the courses currently available are The Science of Well Being by Yale University, Chinese for Beginners by Peking University, Bitcoin and Cryptocurrency Technologies by Princeton University, and plenty of other courses.

Join for free today and start your educational journey with the top universities around the world! 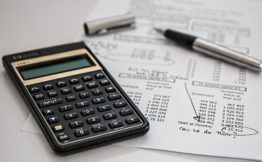 Electronically filing your State and Federal taxes for 2019 is made easy by the Indiana Department of Revenue (DOR).  INfreefile allows for people with lower adjusted gross incomes to file their state and federal taxes for free. All you need to do is answer some simple questions to see if you qualify.

Click here for a video to get a basic understanding of INfreefile.

Credit Karma– Credit Karma Tax is always 100% free. It’s $0 to file both state and federal tax returns. Even if you’re taking deductions or credits, it won’t cost you a penny, ever.

Myfreetaxes-Through United Way’s partnership with H&R Block, every household with a simple return can file their federal and state taxes for free.

Have access to the internet and a printer? Here are links to paper tax forms and schedules for 2019 provided by the Indiana Department of Revenue (DOR) and Internal Revenue Service (IRS). 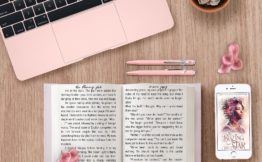 Teen Books: What To Read While The Library Is Closed

The library may be closed, but there is something to read or listen to for everyone in our digital library.

If you’re looking for a blend of dark elements, fantasy world building, and romance, or even just a really long book, these are the books for you.

The Priory of the Orange Tree by Samantha Shannon. EBook
A massive standalone epic fantasy with court intrigue, travel through dangerous lands, fantastical religions, blood, love, and rhetoric. The physical copy is a whopping 848 pages, but with an e-reader, you won’t be able to tell how massive this book is.

Children of Blood and Bone by Tomi Adeyemi. EBook
Zélie Adebola remembers when the soil of Orïsha hummed with magic. Burners ignited flames, Tiders beckoned waves, and Zélie’s Reaper mother summoned forth souls. But everything changed the night magic disappeared. Under the orders of a ruthless king, maji were killed, leaving Zélie without a mother and her people without hope.

Step Back in Time with Historical Fiction Favorites

Dread Nation by Justina Ireland. EBook
Jane McKeene was born two days before the dead began to walk the battlefields of Gettysburg, Pennsylvania—derailing the War Between the States and changing the nation forever. In this new America, safety for all depends on the work of a few, and laws like the Native and Negro Education Act require certain children attend combat schools to learn to put down the dead.

The Berlin Boxing Club by Robert Sharenow. EBook
Sydney Taylor Award-winning novel Berlin Boxing Club is loosely inspired by the true story of boxer Max Schmeling’s experiences following Kristallnacht. Karl Stern has never thought of himself as a Jew. But the bullies at his school in Nazi-era Berlin, don’t care that Karl has never been in a synagogue or that his family doesn’t practice religion. Demoralized by attacks on a heritage he doesn’t accept as his own, Karl longs to prove his worth. So when Max Schmeling, champion boxer and German national hero, makes a deal with Karl’s father to give Karl boxing lessons, A skilled cartoonist, Karl has never had an interest in boxing, but now it seems like the perfect chance to reinvent himself.

Love and Gelatoby Jenna Evans Welch. EBook
A summer in Italy turns into a road trip across Tuscany in this sweeping debut novel filled with romance, mystery, and adventure. Lina is spending the summer in Tuscany, but she isn’t in the mood for Italy’s famous sunshine and fairy-tale landscape. She’s only there because it was her mother’s dying wish that she get to know her father. But what kind of father isn’t around for sixteen years? All Lina wants to do is get back home.

The Shadow Queen by C.J. Redwine. Audiobook. Narrated by Khristine Hvam
Lorelai Diederich, crown princess and fugitive at large, has one mission: kill the wicked queen who took both the Ravenspire throne and her father’s life. To do that, Lorelai needs to use the one weapon she and Queen Irina have in common-magic. She’ll have to be stronger, faster, and more powerful than Irina, the most dangerous sorceress Ravenspire has ever seen.

The Maze Runner by James Dashner. EBook.
When Thomas wakes up in the lift, the only thing he can remember is his name. He’s surrounded by strangers—boys whose memories are also gone. Outside the towering stone walls that surround them is a limitless, ever-changing maze. It’s the only way out—and no one’s ever made it through alive. Then a girl arrives. The first girl ever. And the message she delivers is terrifying. Remember. Survive. Run.

Life As We Know It: Realistic YA:

The Music of What Happens by Bill Konigsberg. EBook
Max: Chill. Sports. Video games. Gay and not a big deal, not to him, not to his mom, not to his buddies. And a secret: An encounter with an older kid that makes it hard to breathe, one that he doesn’t want to think about, ever.
Jordan: The opposite of chill. Poetry. His “wives” and the Chandler Mall. Never been kissed and searching for Mr. Right, who probably won’t like him anyway. And a secret: A spiraling out of control mother, and the knowledge that he’s the only one who can keep the family from falling apart.

All American Boys by Jason Reynolds and Brendnan Kiely. Audiobook. Narrated by Guy Lockard and Keith Nobbs
In this New York Times bestselling novel, two teens—one black, one white—grapple with the repercussions of a single violent act that leaves their school, their community, and, ultimately, the country bitterly divided by racial tension.

The Family Romanov: Murder, Rebellion, and the Fall of Imperial Russia by Candace Fleming
Here is the tumultuous, heartrending, true story of the Romanovs—at once an intimate portrait of Russia’s last royal family and a gripping account of its undoing. Using captivating photos and compelling first person accounts, award-winning author Candace Fleming (Amelia Lost; The Lincolns) deftly maneuvers between the imperial family’s extravagant lives and the plight of Russia’s poor masses, making this an utterly mesmerizing read.

To download any of these titles or other books in our collection, you’ll need to download Libby through your device’s App store to access the library’s digital collection. Libby is super easy to use; it’s designed to get you reading as quickly and seamlessly as possible