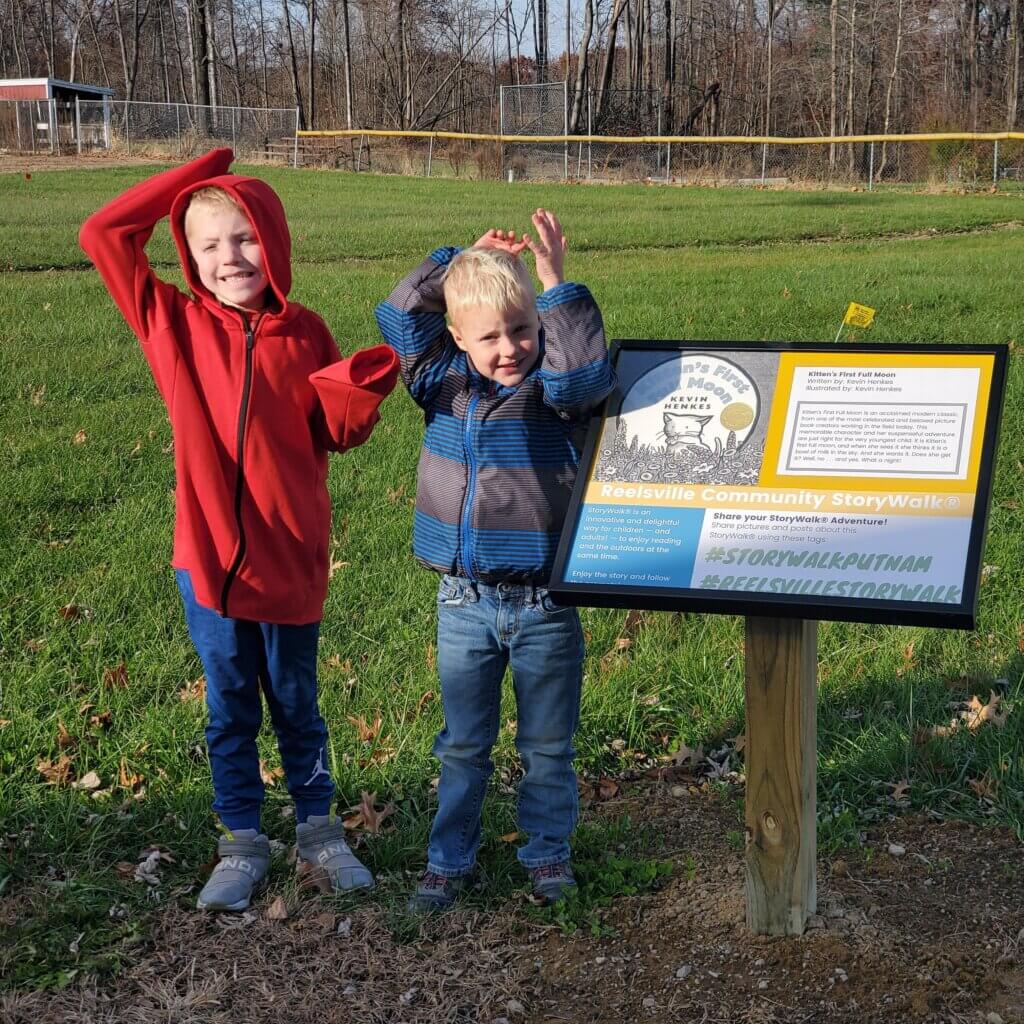 StoryWalk® is an innovative and delightful way for children — and adults! — to enjoy reading and the outdoors at the same time. Laminated pages from a children’s book are placed in outdoor displays, which are installed along an outdoor path. As you stroll down the trail, you’re directed to the next page in the story. StoryWalk® was created by Anne Ferguson of Montpelier, VT and has developed with the help of Rachel Senechal, formerly of the Kellogg-Hubbard Library.

Current Book: A Hat for Minerva Louise
by Janet Stoeke

Edgar and Betty (Whitman) Bayliff both grew up in Putnam County. Although they later moved to Kokomo to raise their family, they always took great pride in their Putnam County roots and chose to be buried in the Cloverdale Cemetery upon their deaths in 2012 (Edgar) and 2020 (Betty).

Edgar and Betty were lifelong learners who read extensively. The Bayliffs also both loved to travel and explore the world. Much of that adventurous spirit came to Betty as a child spending endless hours in the Putnam County Public Library. It was in the library that she discovered through books the many wonders and exciting places that she hoped to visit as an adult. She was always grateful to the library for opening up the world to her.

Edgar and Betty hoped to leave a lasting legacy to the library to give future generations those same opportunities.

This StoryWalk® was funded by the Putnam County Community Foundation.

Current Book: Over and Under the Snow by Kate Messner

The Roachdale StoryWalk® is located at Roachdale Elementary School in Roachdale, IN. This StoryWalk® was funded by the Putnam County Community Foundation.

The Putnam County StoryWalk® Project could not be successful without our dedicated partners and supporters.

We are in need of both donations and volunteers to make this project successful.

Donations
General donations will go towards general supplies and maintenance for the StoryWalks®. Sponsoring a book set OR a year’s worth of book sets will ensure that the library can purchase and prepare new books to put into the displays.

Volunteers
We are in need of volunteers to deliver and replace books at each StoryWalk® location three to four times a year. This position would require the use of your personal vehicle as well as a background check. If you are interested in being a StoryWalk® volunteer, please contact us at [email protected]. 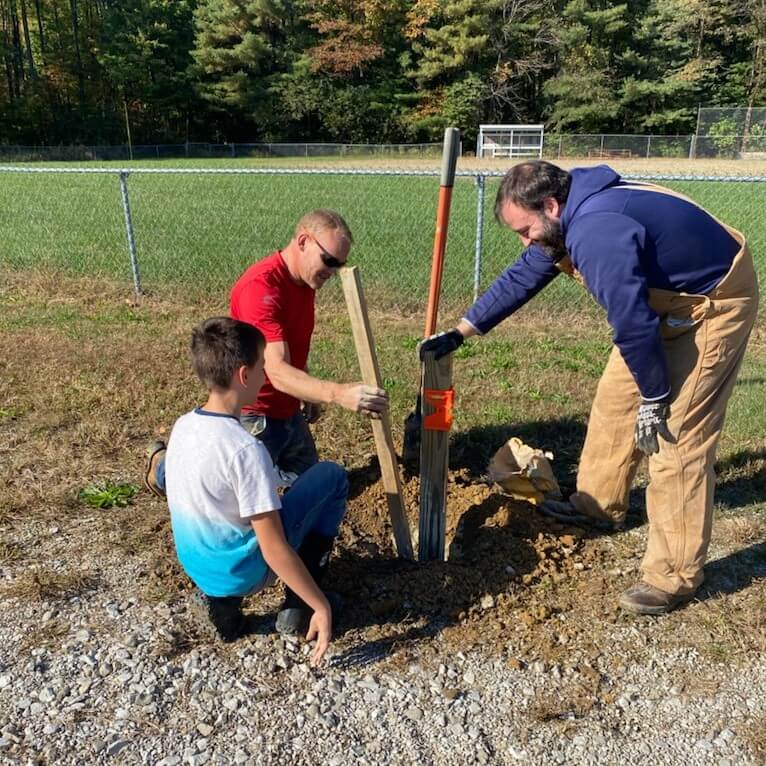